Where to find Misericorde in Elden Ring

Misericorde might appear to be an ordinary, pointy dagger however, it’s not. It’s a weapon with a sinister information that may inspire you to keep it around when you next enter the PVP fight. Like most daggers, Misericorde deals bonus critical damage in the Elden Ring Game. What the game does not reveal is that this dagger does greater critical damage to hit than other weapons in the game.

This weapon is outfitted with the standard Quick-Step weapon artwork that the majority of daggers feature. If it doesn’t interest you, you are able to change the weapon’s art at any point. Here’s where you can discover Misericorde inside Elden Ring.

How to get Misericorde Sword in Elden Ring 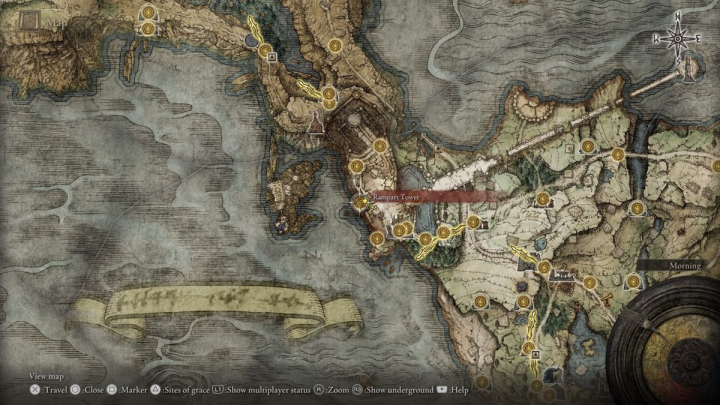 To get this weapon you must travel north from where you began and then enter Stormveil Castle. That means that you’ll have to be able to defeat Margit prior to being able to get the weapon. If you’re having difficulty beating him, read our guide to how to beat Margit.

After Margit is defeated, start your journey to Stormveil Castle until you reach the Rampart Tower Site of Grace. It is this Site of Grace that leads to the castle’s wall, which is surrounded by warbirds and other enemies.

If you’d like to stay clear of the birds, go across the castle wall, and look at the right. There will be a rooftop which you can jump to. Start running and jump onto the rooftop. Once you’ve landed on the roof and then jumping off, you will be on the other side, which is where the dark courtyard is with the tree at the middle. Do not worry, you’ll be able to survive the fall for in the event that you are in the full health.

The fall will take you to an enclosed courtyard that has fog walls and an imp. Make use of the Stonesword Key on the imp statue to get rid of the wall of fog. Within the room, you’ll discover Misericorde and two other enemies equipped with Axes. Be sure to take care of the enemies before trying to get the weapon.

This is all you need to know about Where to find Misericorde Sword in Elden Ring. For more information and guide about Elden Ring check our website, Elden Ring Section. Make sure don’t forget to like or follows us on our Twitter, Facebook page, and Instagram accounts.