Mr. Madhan Sheth the CEO of Realme India and Europe recently retweeted MediaTek’s Twitter post about Dimensity 810. He asked if customers and fans would like Realme will the first to bring Dimensity 810 processor device in the world. 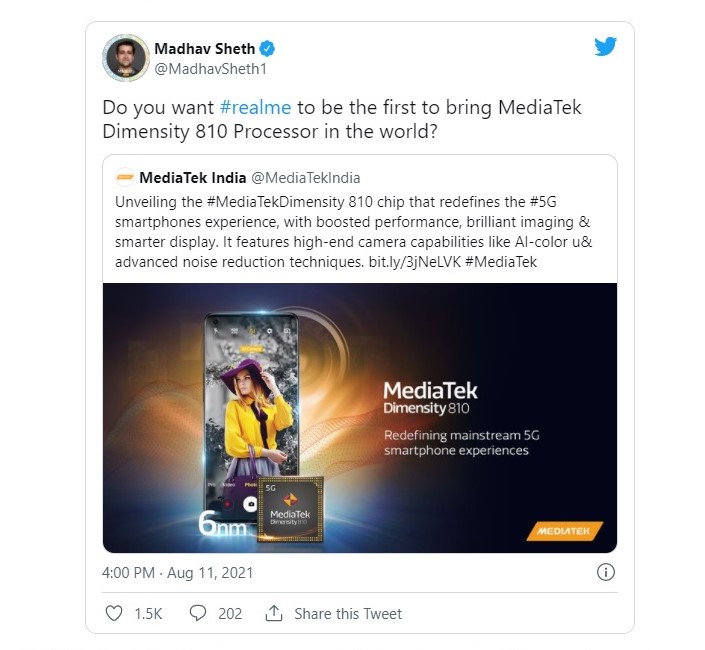 As of now, Mr. Madhav Sheth has not officially confirmed anything about MediaTek Dimensity 810 powered smartphone. But from Mr. Sheth’s last post, we can be guessed that Realme will be the first smartphone brand to launch its smartphone with the Dimensity 810 in the market.

Now coming to the last weak leak device called Realme 8s. Last month we saw many rumours and leaks about Realme 8s. So, below we have share Realme 8s Specifications and features (rumoured)

It is available in multiple variants 6GB 128GB and 8GB 256GB storage. The phone runs on Android 11 along with Realme UI 2.0 operating system.