How to get the Red Rocket Collectron in Fallout 76

The designers at Bethesda have released a variety of diverse C.A.M.P products over the past, including the first launch of Fallout 76. Now you can decorate your campsite with the best items the wilderness offers. One of these is the Collectrons. It is possible to recognize these robots around the globe since they’re often observed wandering Appalachia looking for various items , even if they’re not invading you. One of the unique versions of these robots that you can buy is themed on The Red Rocket Truck Stop, but how to get Collectron in fallout 76?

Also Read: How to pick locks in Fallout 76

What are Collectrons in Fallout 76?

Collectrons are robotic machines that you can install within your camp. They are available under the tab Resources on the menu for camp. Even though they’re not the most ideal shape and are difficult to locate but they’re definitely an asset to your camp.

What stands these robots apart is what they offer you after you have placed one in. Once you have placed the robot it will move through your camp and gather different items. Each model of the Collectron will collect different kinds of things, however they collect junk and ammo for you. You can alter the items you collect by using the terminal attached to the base station. The items they accumulate will go to the trash bin located on the side of their base station.

How to get the Red Rocket Collectron 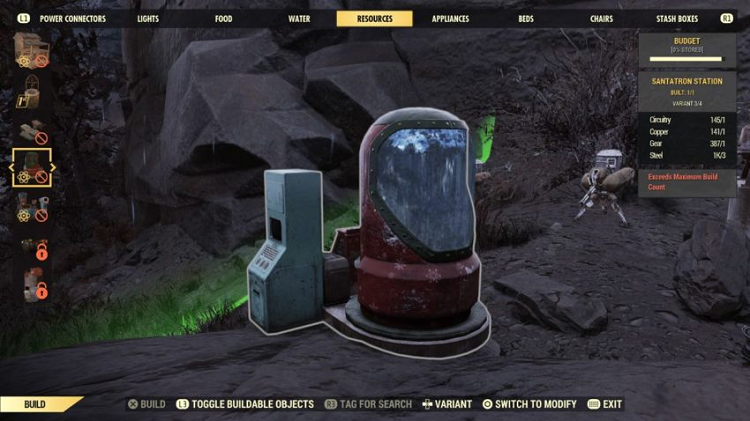 It is believed that the Red Rocket Collectron was available as a reward in one of the seasons prior to it in Fallout in Fallout 76. This doesn’t mean it’s gone for good. If you weren’t able to purchase it in the time it was on sale it is necessary to buy it. Go to Foundation and speak to Samuel. If you’re in good standing to Settler, you will be able to get along with them. Settler side, Samuel will have the Red Rocket Collectron plans in his inventory for the cheap price of 4000 Gold Bullion. It might take you some time to save the needed amount to purchase the item. The collection differs from other collections due to the fact that it is able to include automobile components. It includes things like tubes, coolant or hub caps.

Also Read: How to get Secret Service Underarmor in Fallout 76

Thats all about the Red Rocket Collectron in Fallout 76. For more information and guide about Games check our website’s, Fallout 76 Section. Make sure don’t forget to like or follows us on our Twitter, Facebook page, and Instagram accounts.