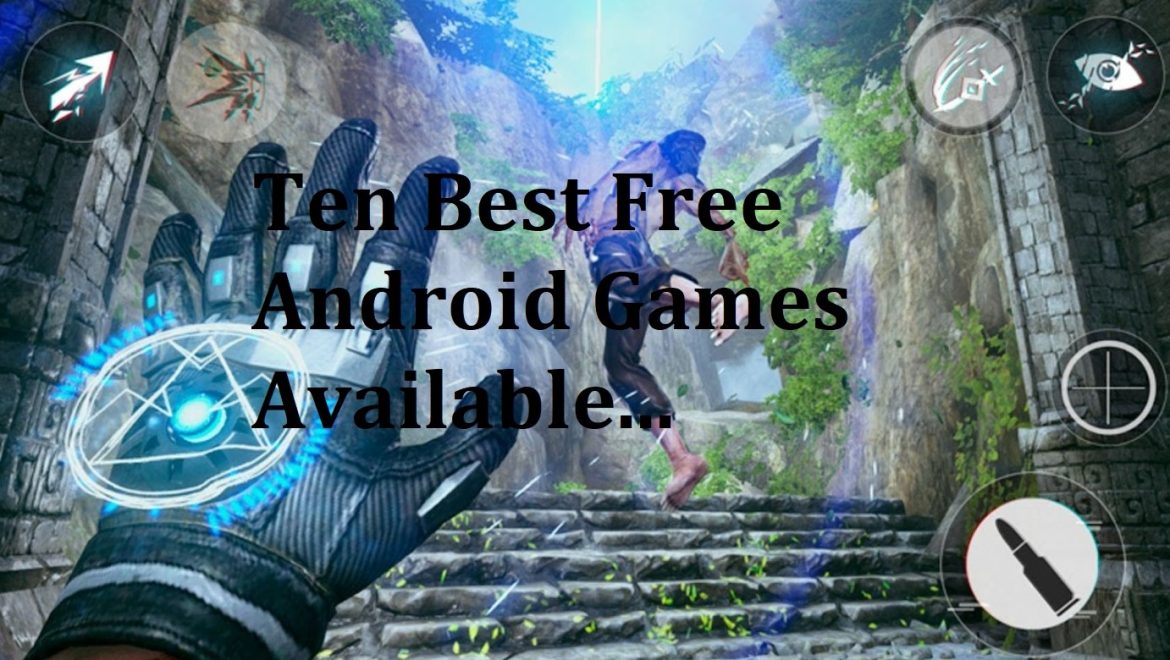 As we all know, Android games are becoming very popular nowadays, due to which we have to purchase many games. As of now, Android games will not always be free these days, but if you have a little patience, many of them are very close. Most free-to-play bottlenecks occur when players are impatient and waiting for the game released, which can usually get around those pitfalls. If you’re one of those who are looking for the best free Android games that you will be able to play comfortably without engaging in in-app purchases, and we hope you enjoy them. It is a hall of fame style list, so the options here will only change if something better comes along. Let’s get started.

The best free Android games are Listed below.

Premium title Samorost 3 arrived first – and remains one of the finest games of its type on Android. Samorost is an endearing point-and-click puzzle series that appears to have been released in reverse on mobile. But for Amanita Design fans and newcomers alike, the original Samorost is worth checking out to find out where it all began.

The game features a space-faring gnome who discovers his tiny world is about to be obliterated by an asteroid. He, therefore, blasts off in a tiny rocket, only to find himself in a fantastical world of surreal collage-like locations. Each of the half-dozen screens has a few puzzles to solve, and you’ll be done in half an hour. So don’t rush it: breathe this one’s beauty in, and be glad a bite-sized PC classic was so carefully remastered for your phone.

Brawl Stars is one of the hit games by Supercell. It is a brawler with online multiplayer elements like some MOBA elements. Players will drop into a game with random teammates, brawl (fight) with opponents, and beat them and win. In Which few game modes are given, including a straight brawl mode, where you have to collect crystals, a heist mode where you have to steal the treasure of Opponents, and a bounty mode where you beat your opponents on a team. It feels like a Supercell game, and that is mostly a good thing. Supercell also creates Clash of Clans, Clash Royale, and Boom Beach. Those could also quickly be added to a list like this if you like kingdom builder strategy games (Clash of Clans & Boom Beach) or auto battlers (Clash Royale). You can find more beat them ups here if you want more of that.

Asphalt game is one of the most popular racing games. The Asphalt 8: Airborne and Asphalt Xtreme are the most popular series in Asphalt. However, Asphalt 9: Legends was released in July 2018. It was the recent game in the Asphalt series now. That includes 50 cars, many different challenges, and several contents to play. It also includes online multiplayer, single-player stuff, and more. It uses an auto go mechanism, so you can not control your acceleration. That has annoyed some players. The graphics are so good, and there will be a social element as well. It is a freemium game. Thus, the online competitive aspect may be challenging. However, it’s a single-player good arcade racing. It is tedious but entirely doable.

Call of Duty (CoD): This game is a Mobile version of “Call of Duty” and added into the best graphic BattleRroyal game. We usually wait for a little to see how a game plays out, but this one is so intensely popular and good that we had to add it immediately. The game includes different modes of classic online FPS PvP like any Call of Duty. However, it also includes a 100-player similar to PUBG Mobile battle royale mode and Fortnite. That puts this game in a rare category of a good regular FPS game like Critical Ops and a good battle royale look like PUBG Mobile. The CoD game has in-app purchases, but they seem to be solo for cosmetic gear, and a good amount of it’s available as rewards in-game. The gameplay is good, and people seem to like this one. It is relatively new, so there are some bugs, but those should be ironed out over time. (best free android games)

Final Fantasy Brave Exvius is also the best Final Fantasy-themed freemium game on the play store. It features many elements from the original games, including real town and dungeon explorations, secret dungeons, hidden treasures, and tons of lore. The gameplay is simple to learn, but you need to think critically to beat bosses and challenge opponents. You are regularly rewarded for logging in daily, and additional missions, quests, and activities help keep the game fresh. It’s about as good as it gets for free-to-play titles. In early 2020 Square Enix launched a spiritual successor, War of the Visions: FFBE, and it’s an improving strategy RPG game in the same universe. You can find other great gachas like Square Enix’s newest game, Romancing SaGa Re; univerSe.

The Legends of Runeterra is the newest game added to the list. It is a card dueling game similar to Hearthstone (another excellent free-to-play game). Players can build decks, collect the cards, and duel each other till someone wins. In this game, pick a champion, build your deck around it, and that helps define your strategy. It is honestly a lot like the Commander game type in Magic: The Gathering. This one is the latest mobile game by Riot Games, developers of the super-popular League of Legends, and other mobile games offerings include Teamfight Tactics (another good free-to-play game) and their upcoming mobile version of League of Legends. (best free android games available now)

Pokemon Go was the most famous mobile game of 2016. It was one of the biggest ever. Even though its popularity has decreased slightly, the game is still an excellent free option available on the Play store. As we know about Pokemon’s with some special power, this game is related to the Pokemon’s with a unique ability. Players can explore the natural world around them while catching the new Pokemon, Evolve your Pokemon’s, defeat the gyms, and finding near Pokestops to collect pokeballs and other items.

how to stream games using smartphones

The new feature includes raid battles, legendary Pokemon, trainer battles (with some caveats), and many more. You can also trade Pokemon in the game now. The game continues to update beyond what many remember it to be. It will go down as one of the greatest and most iconic mobile games ever when it eventually runs. It stands alone atop the best-augmented reality games list.

PUBG Mobile has not been out globally for long. These are the best Battle Royale Game ever till now. Apart, it is already one of the most popular mobile shooters game available. The 100-player can play simultaneously in a battle royale on a small island in different maps like Erangle, Vikendi, etc. Players can collect weapons, Med-kits, and different vehicles on the island and defeat the other Squad or players. The winner is the last person standing called Chicken Dinner. It includes mechanics like a shrinking play area called Blue Zone to keep games from going too long, customization items, and cross-overs. A new PUBG game called PUBG – New State is in the works and also available for Pre-Registration. Fortnite is a similar game as PubG, except it adds a crafting element and a less severe game atmosphere. Currently, the Fortnite game is not available on the Play store, but you can install it from a third-party app. ( best free android games available now )

SmashHit is one of the best endless runners games ever made. It uses a unique first-person perspective, and you have to throw metal balls at glass panels to avoid damage. Your hit points double your ammo count. The free version of the game is available that contains the full game from start to finish. And, the premium version adds saving and player stats.

Right now, Roblox is the most popular game in the world. It is a sandbox game with a ton of content to play through. Roblox is ancient by mobile gaming standards, but the ever-increasing amount of things to do keeps it relevant today. Players could play stuff that other players create or create stuff themselves. The mobile app has complete cross platform support with the other game versions and includes a chat function.